Eren Ozmen is chairman and president of Sierra Nevada Corporation (SNC), a space technology company. The opinions expressed in this commentary are her own. 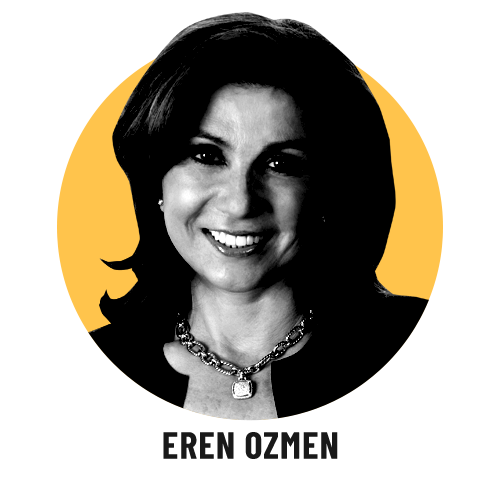 With so many challenges facing us here on Earth — the pandemic, climate change, the economy — it might seem like an odd time to focus on space.

But space exploration offers enormous benefits for all of us. There’s a long list of innovations that have emerged as a result of space research that have already spawned entire industries: the Global Positioning System, phone cameras, portable computers, water-purification systems, cochlear implants, artificial limbs, wireless headphones, CAT scans, LASIK and even the dustbuster handheld vacuum.
And many of us are able to live and thrive partly because satellites help farmers assess climate and growing conditions and decide which areas are best for cultivation, while also alerting them to unfavorable weather conditions or predictions of longer-term drought. Looking ahead, space commercialization — asteroid mining, manufacturing and scientific research — will require vast amounts of capital and the hiring of skilled labor, creating both wealth and jobs.
When the US government ended the Space Shuttle program in 2011 , it created a huge opportunity for space entrepreneurs. Private companies — like mine and those headed by wealthy investors Jeff Bezos, Elon Musk and Richard Branson — took up the challenge and became passionate about the universal benefits of investing in space exploration and commercialization.
More Tech & Innovation Perspectives

We have to close the digital divide. That means internet access for everyone

But if private companies are to make meaningful progress in space exploration, we need the government to help. As President Biden develops his plans to address climate change and other Earth-bound challenges, he would be wise to consider space policy as an extension of his commitments.
Read More
Satellite data, for instance, is crucial to understanding the consequences of climate change and our ability to measure mitigation efforts in the future. Yet satellites are vulnerable to both electronic hacks and physical attacks, and there is no international law protecting them. The ability of the United States or other countries to enforce any of the existing rules related to satellites is limited. The United States must work with international bodies, like the United Nations Office for Outer Space Affairs and the Committee for Peaceful Uses of Space, to establish clear and enforceable guidelines and laws that regulate satellite activity and punish interference by malicious actors
Without this type of international cooperation, we face three distinct problems in space that could lead to conflict and damage: congestion, competition and contested space. With so many nations in space, we need clear international rules. In 2020, investors put about $8.9 billion into space industry startups. But the true commercialization of space will not be sustainable without additional investment by thousands of smaller companies. Without the assurances that financial investments in space are protected by international rules and regulations, these companies may decide the risk is not worthwhile.

The low orbit around Earth is now so congested that objects launched must dodge old satellites and debris that shoot through space at 17,000 miles per hour . We need to deal with this congestion because collisions create clouds of debris that jeopardize other satellites and spacecraft. If a big collision occurred , the broken pieces would spread out into a shell of debris that would orbit the Earth for decades. In 2009, when a communications satellite collided with a defunct military satellite, the crash unleashed hundreds of pieces into space.
Mission to clean up space junk with magnets set for launch
Globally, we should look to successful treaties that govern air traffic and maritime navigation. If a tanker crashed into another, we know which laws apply. But if a satellite crashes into another nation’s space debris, the issues are murkier. Domestically, The Department of Commerce, rather than NASA and the Pentagon, should be charged with creating conditions that encourage private investment and safety in space. Placing responsibility for something as critical as debris tracking and warning notifications for civil, commercial and international space actors would use the Department of Commerce’s experience in managing and tracking data related to the free flow of commercial business. We should begin work on an international understanding of space before a major collision occurs that we all will lament was predictable.

Critically important to the success of the commercialization of space is that no one company or country monopolizes development of any segment, capability or zone of space. Competition will ensure future success, enhance innovation and protect ongoing development from a single point of failure or catastrophic event. Until now, space has been a zone of international cooperation. But advances in space technology and geopolitical events on Earth could imperil future cooperation and access.

We must encourage all space-faring countries to create international norms and behaviors.
China and Russia are testing offensive weapons in space that may be able to disable other countries’ satellites. We need clear laws that govern how the United States and its allies — and their proxy space companies — cooperate and coordinate with Russia and China, nations that have significant space sectors and complex relationships with the United States. We need to face threats like this head-on and work toward something like a global Federal Aviation Administration for space.
This won’t be easy, of course. We need to figure out who gets access to what, how to deter misconduct and how to work together in a fraught diplomatic environment. We need global and domestic treaties and agencies that can resolve conflicts and questions such as: Who can mine on the moon for the rare-earth metals eagerly sought for cell phone and battery production? And how can we extract and share the moon’s oxygen and water resources for the purpose of making fuel to power outer space travel? Greater certainty on matters like these will help to build confidence in the new space economy.
Scientists want to build a doomsday vault on the moon
America can lead the way. I hope President Biden will build on his predecessor’s approach to space by working with Congress and international bodies like the Committee on the Peaceful Uses of Outer Space to set clear rules for space exploration and commercialization.
As the owner of a space technology company, I believe space presents a chance for the United States to make the Earth a greener place and build new international partnerships. What if, by establishing global cooperation on space guidelines, the resulting progress and working relationships on this exciting new frontier could help foster peace? Space could be a place not only to pursue our dreams, but to solve our earthly problems.

The reason we can't fully explore space is fixable. Here's how have 1237 words, post on edition.cnn.com at March 30, 2021. This is cached page on Asia News. If you want remove this page, please contact us.